In a rare moment of unanimity, last week all seven Nillumbik Councillors agreed that the Council had failed on Chapel Lane. You’ll recall we covered  that continuing disaster in a previous newsletter, No need for a permit: Dump it in the Nillumbik Green Wedge.  Brief recap: for two years a company called Earth Solutions Group, or ESG, has been dumping hundreds of thousands of tonnes of fill from urban development sites in the Green Wedge  Zone in Doreen. 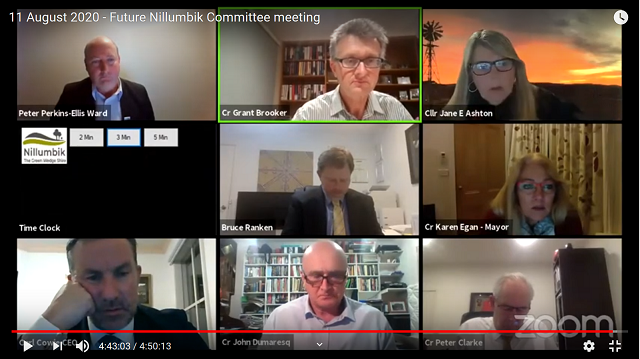 Well, it seems that Cr Clarke was unaware that there was a problem. ‘Only came on my radar two weeks ago’, he said, at last week’s meeting of the Council’s Future Nillumbik Committee. This was despite the fact that he was Mayor of the Shire at the time this started, and that he’d already presided over a purge of the Council organization, from the CEO down, and including all of the planning staff, so you would think his new staff would keep him in the loop.

ESG was represented at the FNC meeting by a lawyer. He had never been to the site, thought clean fill was a desirable commodity, had no knowledge of the planning scheme but was convinced that all that fill would be great for increasing the production of unknown varieties of hay.

Cr Clarke asked him, since ESG had gone to the trouble of applying to the previous Council for a certificate saying it was OK to proceed with dumping at their first site, 130 Chapel Lane, why didn’t they do the same for their later and continuing site at 265? Perhaps it was because the previous Council had refused him the permit. But no, the lawyer, John Bordolone, said that they’d had the go ahead from a Council officer in an email in July last year.

Eh? What? What was the officer’s name? Could you read out the juicy bits of the email, Cr Perkins asked? Bordolone obliged, having some difficulty pronouncing the name of the officer, but yes, it said go ahead, ‘the hydrology report is OK’.

So now Council is going to write a letter to the Minister, and seek legal advice. Stirring stuff. The trouble is, this dumping has been going on for two years, and residents have been complaining since it began. Current Mayor Egan has known about it for over eighteen months, according to correspondence we’ve seen.

Sadly, what we’re seeing here is not just incompetence, it’s the inevitable response of a deliberate program to weaken green wedge protections by Cr Clarke and his allies, Cr Ranken, Mayor Egan and Cr Ashton. These four vote in unison, outmatching Crs Perkins, Dumaresq and Brooker, routinely voting for developer friendly proposals and orchestrating a weak Green Wedge Management Plan. But their greatest achievement has been the gutting of the Council organization, so that it is no longer able to perform its proper function.

Cr Perkins described the debacle well at the meeting. “What were the officers thinking?  Under the previous Council, I think they would have been thinking something very different. There would have been officers who have been in Nillumbik a long time, people who had an understanding of the green wedge in Nillumbik. But this is what happens when you get a new Council that sweeps  the room, gets rid of all the administration and effectively erases the corporate memory of the organization so we have well meaning officers  trying to do the sort of thing that they would imagine would appease their Council.”

As Cr Perkins observed, addressing the other Councillors at the FNC meeting, “you have to be careful what you wish for.” Crs Clarke and Ranken value ‘economic development’ over green wedge protection, but Mayor Egan and Cr Ashton march to the beat of  different drum: they want to see less regulation of their green wedge land – so they didn’t bargain for a consequence like Chapel Lane. But it’s a consequence of the campaign to defenestrate the Council that they signed up for.

As far as Chapel Lane is concerned,  it should be stopped forthwith. The Council have the weapons, if they would use them. At the meeting their motion called for a report on options by last Friday. Will the Clarke – PALS clique on Council hold fast, blame the debacle on the State Government, and prevaricate?

Just got a tip via the Environment Ministers Office that Nillumbik has given ESG until cob today to lodge a planning permit. Maybe ESG has known this for several which is why their activity has been so frenetic. 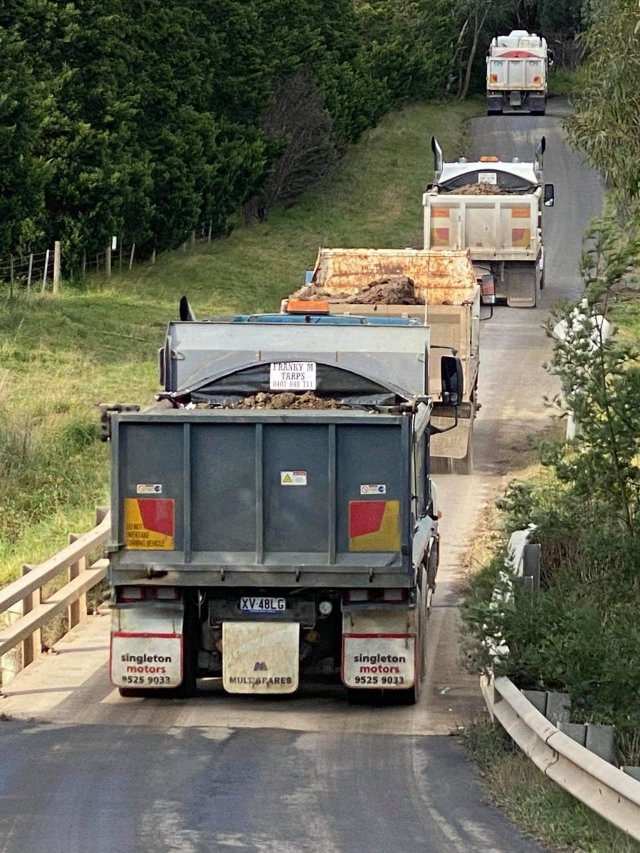