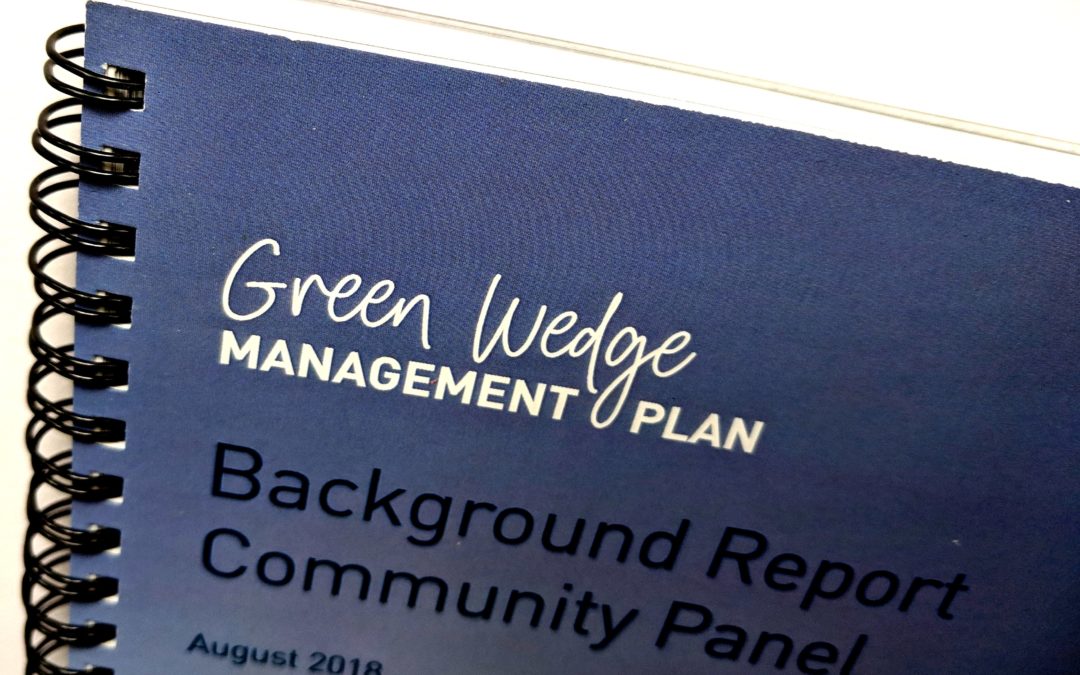 In responding to the Panel’s recommendation that a ‘broad scale land management plan’ should be produced to identify areas of high biodiversity values, the Council response was that this was not needed. Cr Perkins moved an amendment, asking that this line be deleted. He said it was unduly harsh and not justified, and that the community recommendation should go through to the team preparing the GWMP. Cr Brooker agreed, saying that the preparation of such a land management plan was logical, and that even if it turned out that the resources were not there to carry it out that the recommendation should be considered by the GWMP preparation team. He said he wasn’t sure that it was required, but he wasn’t sure that it was not, either. Cr Dumaresq also supported the amendment, ie he supported the broad scale land management plan recommendation.

In speaking against the amendment Mayor Egan said the following:

To have a broad brush land management plan over the whole Shire would be millions and millions of dollars. We are not a Council that’s resourced that well. We need to target where we know where we’ve got hotspots or we think we know. We’ve got the Abzeco report which has some data, a lot of that mapping was proved in C81 and C101 wasn’t correct. We need to actually fine tune that, and if it means a patchwork quilt over the shire to actually find those biodiversity hot spots over the Shire, that’s what we need to do. But not over the whole Shire, we’d be here for hundreds of years, we just can’t do that. The Panel’s expert opinion on biodiversity, Cam Beardsell, he actually said that biodiversity wasn’t decreasing it was actually increasing, and he actually attributed some of that to the landowners. I’ve got it on tape. So therefore I do not support this amendment.

So, we can’t afford a broad scale land management plan so we’ll apply a patchwork quilt to the Shire, but not the whole Shire. And Cam Beardsell reckons biodiversity is on the up, so we don’t need to concern ourselves.

What Cam Beardsell actually did when he spoke to the Panel was compare the Nillumbik green wedge now with the Nillumbik green wedge in the nineteenth century, when extensive logging was laying waste to tracts of bush and feral dogs were killing the indigenous fauna. He was suggesting that in stopping the harm done directly by logging and indirectly by introduced species the ecosystem was given an opportunity to improve, and further implying that continuing our efforts to control our negative impacts on the landscape is the important thing. He most definitely did not say biodiversity, don’t worry about it!

The amendment was lost in what became a familiar 3-4 vote, with Mayor Egan and Crs Ashton, Clark and Rankin voting against the broad based plan, and Crs Brooker, Dumaresq and Perkins voting for.

Discourage bush block conversion to agricultural or pastoral use, or any other use that would otherwise degrade/impact vegetation and biodiversity values.

The Council response was to reject this part ‘because of its absoluteness’. Cr Dumaresq moved to amend this response by supporting the recommendation. He said that

The idea that you  start grazing heavily out the back of  North Warrandyte on a bush block with a 15 deg slope or greater, mostly shaly, and as soon as you remove trees and undergrowth you end up with erosion and all the worst things that we do get in this area when we remove a lot of plants.

Speaking to this motion, Cr Ashton spoke as follows:

I think we all agree that we don’t want to see grazing animals or the conversion of biodiversity land to grazing or clearing. Um, I think that what we’re trying to get at here is that there are already planning controls and decision making. We have ESOs, we have RCZs, and we do need to make sure that people that abuse the landscape are pulled up and are stopped, but, I do think that there are, many of us have land that has cleared grazing land and has good biodiversity at the same time, and I think that again, I don’t find the Panel’s language as in ‘discourage’ as too harsh, um, so if we can stick with ‘discourage’ and rely on planning controls, decision making and also that famous land management plan I think that’s good and also I think very much education so I agree we take it out um we need it’s really hard to do this stuff on the hop when I’ve spent weeks looking at it beforehand and others haven’t so for the moment I think I’ll leave it as it is

Cr Clarke then spoke incomprehensibly about the absoluteness of the recommendation.

The vote then took place, surprisingly given Cr Ashton’s remarks, along the established 3- 4 lines, with Mayor Egan and Crs Ashton, Clarke and Rankin voting to reject Cr Dumaresq’s amendment.

The first part of the Panel’s recommendation 2 was:

to establish a GWMP advisory committee. Subsuming these responsibilities within the Environment and Sustainability Committee has led to a reduced focus on monitoring GWMP implementation

The Council response was ‘partial support’ to this, which seemed to mean it did not support it. Cr Brooker moved that it be supported, saying that given the expertise and workload required to administer a GWMP a dedicated ‘technically competent’ committee was justified. Cr Ashton didn’t want a GWMP committee because she said it would only focus on the environment and would want to resurrect C81 and C101.

Cr Brooker’s amendment was lost on the now familiar 3-4 vote.

Advocate for the establishment of a body that provides expert advice and support to both state and local government on green wedge issues.

The Council response to this Panel recommendation was ‘not supported’. Cr Perkins moved that it be supported, albeit with a change of name, so it was not called an ‘authority’. He couldn’t see why an expert body to provide support and share knowledge about green wedge issues would not be welcomed.  Only Cr Dumaresq agreed with Cr Perkins, Cr Brooker mistakenly assuming that because it was referred to as an ‘authority’ it was another layer of bureaucracy.

At this stage we could wonder what was the purpose of the Community Panel exercise. As a non expert Panel with only six meeting days and the broadest terms of reference its recommendations were always going to be at most suggestive input into the GWMP process, but presumably indicative of community expectations. Why blunt the Panel’s recommendations as input to the GWMP process?

The draft GWMP is due for release in March, so the community will have an opportunity to check progress and make submission then, but in the meantime, the discussion at that December meeting was interesting.